Over the years we’ve had a lot of famous people from Portland Oregon including actors, writers, musicians, chefs, politicians and more.

Portland has been the launch pad for many great careers, and in this article we will provide you with information about a few Portland People that you might not have been aware of. Over the last 10 years, there have been a few major names online that have led the motivational/inspirational space and Chris Guillebeau has been one of them.

If you or other People from Portland Oregon attend one of his live events, or read his books, it’s clear that Chris pulls inspiration from names like Anthony Robbins but he’s repackaged it, encouraging people to live their dreams and even start businesses while they travel the world.

By his early 20’s Chris Guillebeau knew that “nonconformity” would become the theme of his life because as his contemporaries were going to college and getting six figure salary positions after they graduated, he was mapping out the goals for his life and set extraordinary plans including a goal to visit every country in the world before he turned 35.

During his 20’s and early 30’s Guillebeau would also start his blog “The Art of Non-Conformity” which would become one of the 15,000 most visited websites in the United States. Portland has literally put the city on the map for gourmet doughnuts thanks to Voodoo Doughnuts and The Rose City has also become a point of interest for ice cream lovers thanks to the hard work of Tyler Malek and Salt & Straw.

Born in Portland Oregon, Tyler Malek, like many other famous People from Portland Oregon, didn’t start out with the goal in life to make delicious gourmet ice cream, he originally went to school studying business before he partnered with his cousin Kim to start Salt & Straw.

Started in 2011 by cousins Kim Malek and Tyler Malek, Salt & Straw first started out as a food cart on Alberta Street in Portland before opening their first “brick-and-mortar” location just three months later.

Today Salt & Straw is recognized as one of the top artisan ice cream brands in the United States since they have locations in Portland, San Francisco and Los Angeles plus ice cream fans can also order delicious ice cream online from http://www.saltandstraw.com and have a pint delivered to their house, packed in dry ice so it’s as fresh as when you buy a scoop from one of their shops. If you grew up watching classic Looney Toons cartoons like many other people from Portland Oregon it’s not hard to have heard the voice of Mel Blanc because he’s the original voice of Bugs Bunny and countless other charters like Marvin the Martin and Elmer Fudd.

Sally Struthers – All in The Family Actress In 2017 there are only a few recognizable faces on television and Sally Struthers is one of them. She originally got her start in TV starring in All in the Family and since then she’s been on many popular television shows including the Gilmore Girls.

During her 46 years in Hollywood, Sally Struthers has continued to remain popular, and in demand actress for film and television projects while other actresses from her generation have since faded from the spotlight.

Over the years, when she’s not been acting in front of the camera, she can be found behind the camera lending her voice to a variety of film and television projects including shows like Dinosaurs, American Dad, TaleSpin and South Park. Since the 1990’s, Fight Club has been one of the most popular books in circulation that are to its gritty storyline and of course the hit movie from 1996 starring Brad Pitt and Edward Norton.

Fight Club has also been referenced in countless television shows over the years thanks to the iconic sentence “you don’t talk about fight club”.

Born in 1962 in Pasco Washington, Chuck Palahniuk didn’t start writing fiction until later in life because he spent his 20’s going to college at the University of Oregon and working for National Public Radio before moving to Portland and writing for the Oregonian for a short while, and then began working for Freightliner as a diesel mechanic, continuing until his writing career took off.

After he reached his 30’s, Palahniuk began taking writing workshops and he wrote his first novel, Invisible Monsters, which publishers ultimately rejected, but the rejection didn’t lead him on a path of despair because he went back to working on what would ultimately become his most well-known book to date, Fight Club.

Are you interested in learning more about People from Portland Oregon? If so, click here to read more about more PDX People including well-known names to come from the City of Roses and don’t forget to bookmark this page or share it on Facebook since we will be writing about more Portland People on a weekly basis. 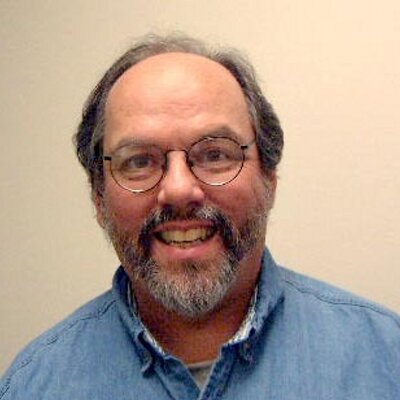