One of the best singer / songwriters to call Portland Oregon home over the last 10 years has been Debra Arlyn.

Born in Corvallis in 1986, Arlyn’s musical style is a blend of adult contemporary, jazz, R&B and pop. She gained notoriety in the early 2000’s when she entered a local talent contest during her senior year in high school. The contest was billed as “Oregon Idol”, she won that competition hands down and was flown to Los Angeles to enter American Idol Season 2 but she was cut before being able to reach judges Simon Cowel, Randy Jackson and Paula Abdul.

In spite of that early disappointment she came back to Portland and was determined to build her career in the music world while still calling Portland Home. Since the early 2000’s she’s recorded 3 albums, one EP and has been highly sought after by other bands and recording artists in the area who are eager to record with her and have her distinctive sound on their albums.

A Passion For Portland

Unlike other recording artists who move to Los Angeles or New York to hit it big in the music world, Arlyn came back to Portland and endeared herself to the local community while she started non-stop touring to support herself as a musician.

Over the years since launching her career she’s also managed to do something that many musicians fail to do, she’s married and started a family while continuing to record and write new music.

The PNW music scene has branded Debra “the girl with the incredible voice” due to her outstanding, soulful live vocals captivating audiences at colleges, festivals, music venues, and wineries. Performance highlights include the Portland Waterfront Blues Fest, The Bite of Seattle and Bite of Oregon Festivals, and opening for Tower of Power, Chris Isaak, Curtis Salgado, Lenka and Allen Stone. Debra’s music has been featured in TV shows like the CW’s “Related” and E! “Keeping Up with The Kardashians” and movies like the Sundance Channel’s “Clear Cut”. 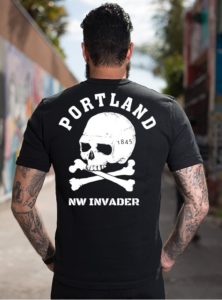 Are you interested in sharing your passion for Oregon? Get new Oregon inspired merchandise including hats, tee shirts, hoodies and more at http://www.pdx503.com