There’s no doubt that when it comes to electric vehicles Tesla has had the market cornered for years but Portland area entrepreneurs, Mark Frohnmayer hopes to change that with the Arcimoto, a fun electric vehicle that’s easy to maneuver and can be purchased for a base price of just under $12,000.

Like many great entrepreneurs from previous generations, Frohnmayer saw a niche market that was underserved and has worked hard to capitalize on it.

Frohnmayer started out as a software and clean technology entrepreneur, working on games like Starsiege: Tribes and Tribes 2 at Dynamix before leaving to co-found GarageGames, where he helped architect the Torque Game Engine and led the development of Marble Blast Gold and Marble Blast Ultra.

Besides his work developing Arcimoto into a leading electric vehicle brand in the United States, Mark has also worked hard at making life better for everyone, he served from 2011-2014 on the Oregon Transportation Commission then was responsible for launching the Unified Primary effort to reform Oregon’s election system. 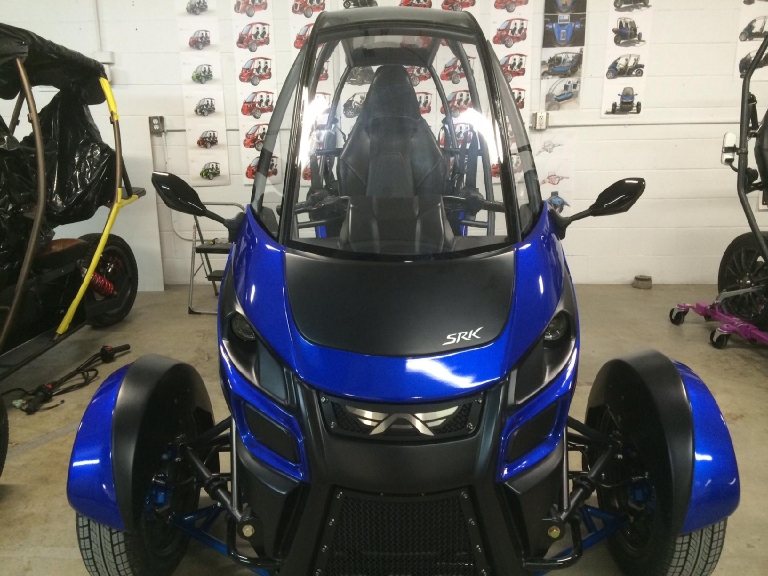 With an average base price of about $35,000 and many models costing up to $100,000, there’s no denying that there’s a need in the electric vehicle market for Arcimoto.

After going public and raising about $20 million last year, production on beta models has moved forward and Frohnmayer hopes to start fulfilling customer orders by the end of the year.

Nicknamed the “everyday electric vehicle”, there certainly is a lot of anticipation for the Arcimoto because who wouldn’t want to own a vehicle that could help them to finally end their dependence on fossil fuels while driving a fun electric vehicle at the same time?

The three-wheeled two-seater can go from 0 to 60 mph in 7.5 seconds and has a top speed of 80 mph. With a charge range of 130 miles, the street-legal vehicle is being marketed as the optimal way to get around town and run errands without having to use your normal vehicle. Arcimoto officials said the compact vehicles will help cut down on greenhouse gas emissions, reduce traffic congestion, and free up parking spaces in cities where parking can be difficult to find. 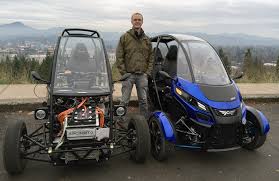 To learn more about Mark Frohnmayer and Arcimoto visit his website at https://www.arcimoto.com.